Every morning, school children across the country rise, right hands pressed against hearts, to pledge homage to “one Nation under God, indivisible, with liberty and justice for all.” Whether in dingy classrooms filled with creaking desks or in newly remodeled, state-of-the-art school facilities, kids have been inculcated with the same message since 1892. Theirs is an integrated, cohesive country, one that lavishes freedoms equally on all of its members. However, this version of history immortalized in our Pledge of Allegiance flounders for a solid basis in reality. 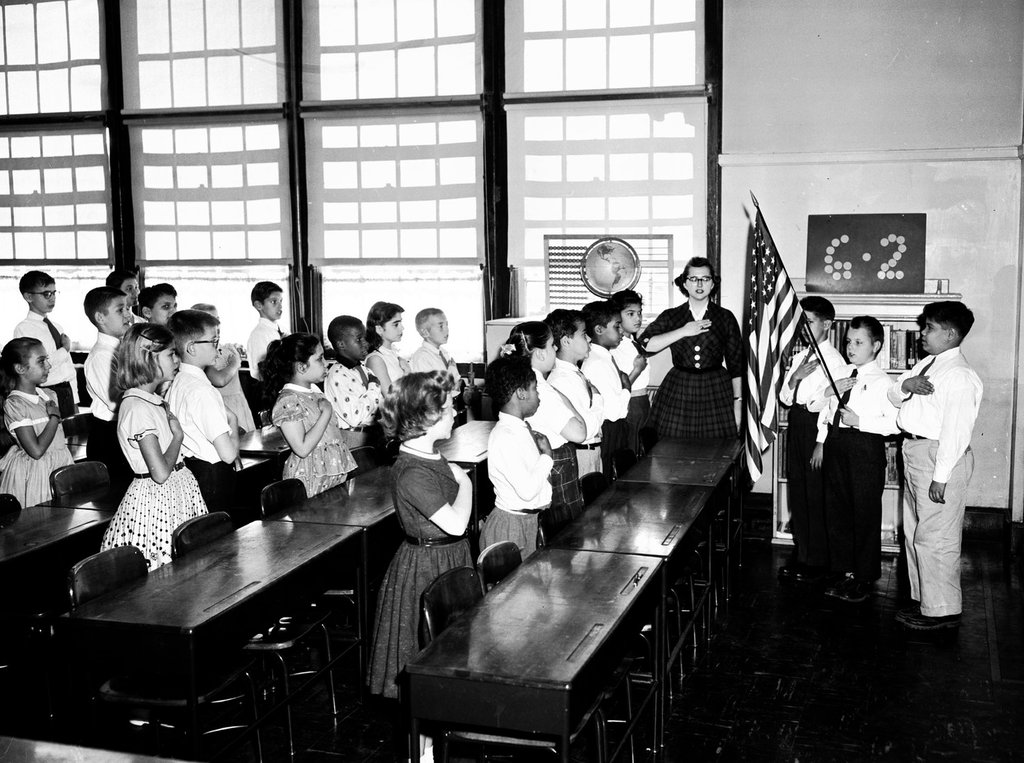 Children recite the Pledge of Allegiance, 1957.8

America’s enduring struggle to truly attain “liberty and justice for all” extends across nearly its entire saga, from the initial intrusion of European settlers to today’s hard-fought redefinition of accepted gender and sexuality. Although this historical tapestry is woven with pronounced social victories—the abolition of slavery in 1865, the Civil Rights Act of 1964, and the legalization of gay marriage in 2015, to name a few—these triumphs are a mere thread compared to the vast blanket of American oppression.

In any case, such social progress is almost invariably the result of resilient protest, open dissension. 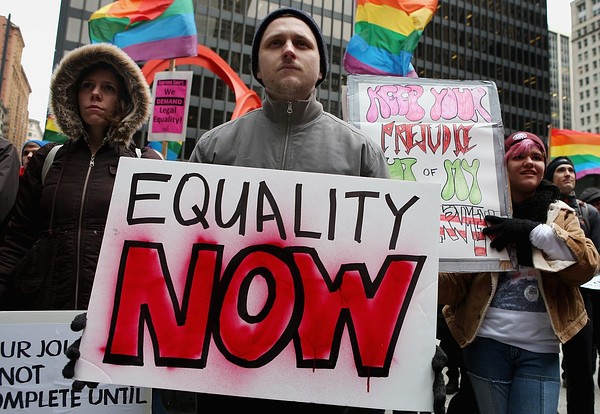 Our decade is no stranger to public demonstrations for social justice.1

In the 1950s and 60s in particular, the yearning for civil rights took center stage in the United States, for racism and racial segregation had wormed themselves into nearly every aspect of society. Jim Crow laws touting “separate but equal” facilities based on gender and skin color provided an illusion of equality that masked vicious undercurrents of hate and discrimination. With this persecution came organized resistance. 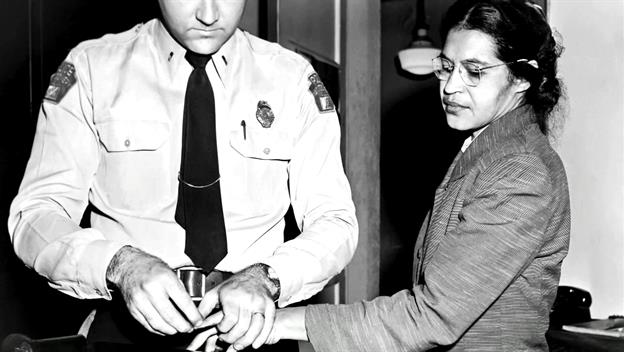 Rosa Parks so firmly believed in her right to equality that she was willing to be arrested for it.9

No matter how reasonable the freedom-fighters’ dream of a color-inclusive America, no matter how strong their supporters, traditional government officials still heatedly debated enforcing laws that protected the well-being of minority groups. 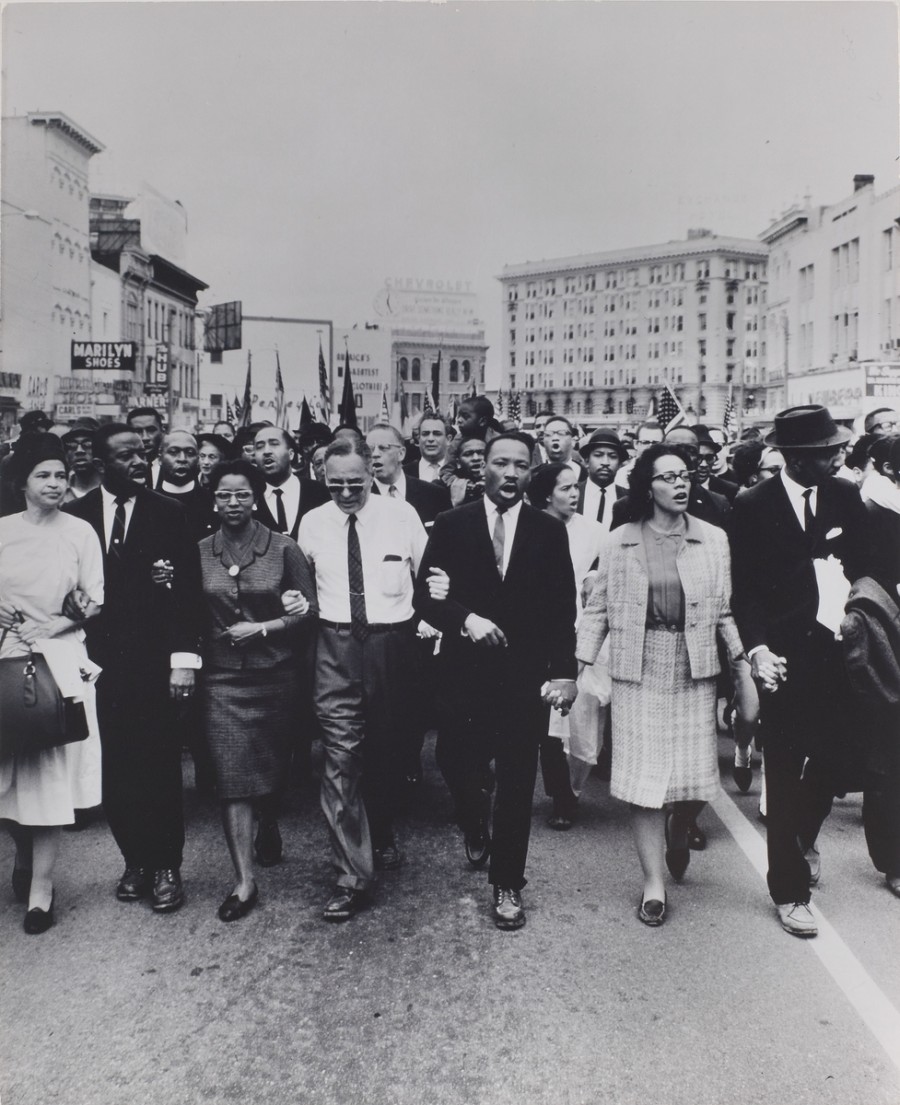 Despite fear of backlash, protestors banded together to broadcast poignant statements about equality, as here, following Martin Luther King, Jr. during his march on Montgomery.2

In April of 1968, the government finally ratified the Fair Housing Act as an addition to the Civil Rights Act of 1964. Previously, those with darker skin tones, regardless of financial or veteran status, frequently faced vehement rejection when attempting to purchase property in historically white or wealthy neighborhoods.

With the robust backing of the National Association for the Advancement of Colored People (NAACP), the Fair Housing Act began to gain traction in the Senate, which narrowly approved it and sent it for endorsement from the House. The deciding factor, however, was the assassination of Martin Luther King, Jr. on April 4th.

In the face of nationwide panic, anger, riots, and general violence in lieu of the Civil Rights Movement’s beloved spearhead, President Lyndon B. Johnson pressured the House to pass the legislation. They readily obliged.4

From then until now, home sellers have been prohibited from victimizing on the basis of race, sex, religion, national origin, disability, and familial status. The government’s new mission is “to eliminate housing discrimination, promote economic opportunity, and achieve diverse, inclusive communities by leading the nation in the enforcement, administration, development, and public understanding of federal fair housing policies and laws.”5

This logo has become the symbol of a major forward step towards achieving “liberty and justice for all.”6

Today, we enjoy a degree of independence never before seen, but undeniably, discrimination and threats to equality still remain. “History will have to record that the greatest tragedy of this period of social transition was not the strident clamor of the bad people,” said Martin Luther King, Jr. of his era, “but the appalling silence of the good people.”3

Luckily, enough good people of the 1960s raised their voices in support of racial equality to enact lasting change.

In the present day, we must continue to uphold the Civil Rights Movement’s model of action rather than inaction, outspokenness rather than timidity, upstanding rather than by-standing.

We must unify to ensure the continuing fight for genuine liberty is not marred by regressive demonstrations like those occurring in Charlottesville on July 8th, when Loyal White Knights of the KKK intend to rally in front of the Charlottesville Circuit Court against the city’s removal of its Robert E. Lee statue.7 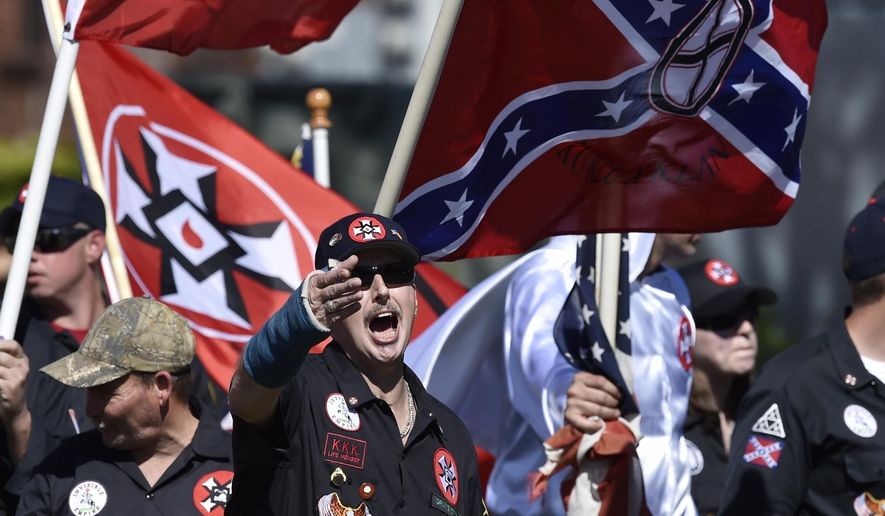 KKK members wish to spread a message of white supremacy later this month.7

In Charlottesville, we very well may hear the “strident clamor of the bad people,” but it is up to us to guarantee that no one hears “the appalling silence of the good people.” 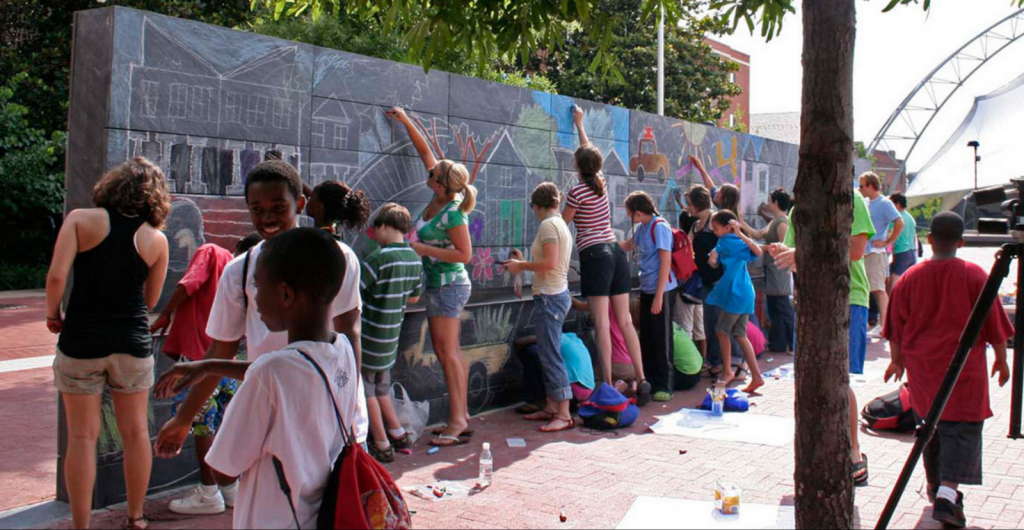